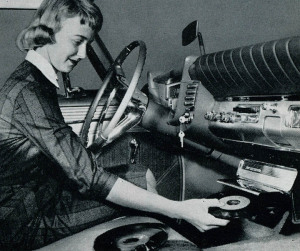 Folksoundomy: A Library of Sound

Folksonomy: A system of classification derived from the practice and method of collaboratively creating and managing tags to annotate and categorize content; this practice is also known as collaborative tagging, social classification, social indexing, and social tagging. Coined by Thomas Vander Wal, it is a portmanteau of folk and taxonomy.

Folksoundomy: A collection of sounds, music and speech derived from the efforts of volunteers to make information as widely available as possible. Beca...

Episodes of the Antics Podcast.

Recordings, CDs and other audio from various Brazil DJs and Sources.

MIXES.DJFEZ.COM was an electronic music DJ community that shared new mixes of DJ sets around the world. Founded in 2005, it lasted for 13 years before shutting down in 2017.

A small selection of webcam captures from performances at the DNA Lounge in San Francisco.

Folksonomy : A system of classification derived from the practice and method of collaboratively creating and managing tags to annotate and categorize content; this practice is also known as collaborative tagging, social classification, social indexing, and social tagging. Coined by Thomas Vander Wal, it is a&nbsp; portmanteau &nbsp;of folk and taxonomy. Folksoundomy : A collection of sounds, music and speech derived from the efforts of volunteers to make information as widely available...

Amateur and outsider images of various audio-focused CD-ROMs (CDs with audio on them, as opposed to other types of data.)

Folksonomy : A system of classification derived from the practice and method of collaboratively creating and managing tags to annotate and categorize content; this practice is also known as collaborative tagging, social classification, social indexing, and social tagging. Coined by Thomas Vander Wal, it is a&nbsp; portmanteau &nbsp;of folk and taxonomy. Folksoundomy : A collection of sounds, music and speech derived from the efforts of volunteers to make information as widely available...

Shows (primarily music, but occasionally including other materials) broadcast on radio stations. Uploaded as individual episodes or standalone shows. Be sure to also check other collections including airchecks , radio station archives , and podcasts .

Recordings and recreations of sound effects, used in other productions or meant to be enjoyed on their own.&nbsp;

Material destined for a collection on Folksoundomy.

Instead of albums of game-related sound, these are music tracks taken directly from the ROMs or programming of various videogames, providing a non-studio version of the music.

In hip hop's earliest days, the music only existed in live form, and the music was spread via tapes of parties and shows. Hip hop mixtapes first appeared in the mid-1970s in New York City, featuring artists such as Kool Herc and Afrika Bambaataa. As more tapes became available, they began to be collected and traded by fans. In the late 70's into the early 80's DJs began recording mixtapes out of their homes, referring to them as House Tapes. DJs such as Harold G. (who later became known as Whiz...

For hard-core archivists only - this is the full, complete copy of the download of the IUMA (Internet Underground Music Archive) conducted in 2005, including all mp3s, html, and other files.

A description of the IUMA from the excellent zounds.com site: The Internet Underground Music Archive was better known by the acronym IUMA. The IUMA was started in 1993 by three students at the University of California at Santa Cruz: Jeff Patterson, Jon Luini and Rob Lord. The three men worked together to create an online music archive that would help musicians and bands who weren't signed by a major label. The site allowed these unsigned artists to upload files and send them to fans. The site...

A collection of audio, video and related materials from the estate of Mark Pines.&nbsp; Mark Pines was a musician, videographer, writer and many other roles throughout his life. After his passing in 2020, his back archive of audiovisual materials was auctioned and these are selected items from that collection.

A collection of videos, texts, movies and music related to KPOP, South Korean popular music, a top export of South Korea and a worldwide phenomenon.

A collection of Rave tapes and Zines from RAVEARCHIVE.COM, spanning the 1990's.

A large collection of performances spanning decades, recorded from various locations and approaches.

A mirror of the many great presentations and events recorded and provided by the Red Bull Music Academy. Currently focused on the assets for video and audio.

CD-ROMs or CDs that contain samples for musicians; often consisting of hundreds of tracks to pull from.

SermonIndex is not just a website but really has become a movement of believers seeking the 'old paths' (Jeremiah 6:16). This journey of faith weaves through the current state of evangelical Christianity and the passionate preaching of many godly ministers in our day. Many are seeking authenticity, reality and sincerity in the Christian faith. In a day when popular preachers are telling lies (Jeremiah 5:30-31), there is a great renewed desire to find the real Jesus in the midst of the...

A collection of cassette tapes of Sudanese artists from a range of time. Also filled with contemporary works.

Founded in 1985, the DNA Lounge (Dance Not Art) has provided live music acts as well as DJs and special events to the San Francisco area, and is one of the longer-surviving clubs of its kind. In 1999, the club was purchased by Jamie Zawinski, remodeled extensively, and re-opened in 2001. Since that time, it has hosted thousands of performances, all of which have been broadcast over the web and available for a short time after the event. These broadcasts have been downloaded over the last decade...
Topics: Live Recordings, Club Mixes, Conferences

Demo Tapes are recordings (once on cassette or reel to reel, although CDs and digital files have taken their place) created by artists who are working on example versions of their songs and audio, often with the intention of sharing with bandmates, or providing to managers and contributors for potential choices for final release. They range from unique initial versions of later popular songs, to never-otherwise-recorded efforts, saved once on one tape.

A collection of videotapes bought at auction from the collection of Diamondhead Records, a 3-store music chain in the Houston, TX area. Please note: Shows are generally 60-120 minutes and may take some time to render web-playable versions.

"About once a month, I post a "mixtape" here of recent music videos that I have discovered and enjoy. I hope you enjoy them too! From September 2007 through March 2009, I posted a weekly audio mixtape here: a cassette-tape-sized chunk of new music. I did 75 of those weekly 90-minute audio mixtapes before I ran out of steam." - jwz

Acidplanet was a site for uploading audio work using ACID productions. It was shut down in 2018, and the contents have been mirrored here.

An unattributed collection of what is believed to be hundred of thousands of tracks from the shuttered MP3.COM service (1997-2003), a music company by Michael Robertson and Greg Flores.

A collection of artefacts from the vibrant music scene of the Medway Towns, UK, in the early years of the 21st Century.

The Nostalgia Road Trip! Riding the short bus of life and exploring the worm hole that is pop culture, life stories and just about everything that comes to mind. Comedy at its best from people who know the difference between a Ninja Turtle and a Battle Toad. WE ARE JAWSOME!!! We have a Twitter: https://twitter.com/NRoadTripCast And a website! https://nostalgiaroadtrip.com

Collections of shared phone prank tapes, shows, and other collections, assembled by the Phone Losers of America as well as others.&nbsp;

Dr. Rob Burriss, an evolutionary psychologist who studies human mate choice, produces The Psychology of Attractiveness Podcast , a monthly roundup of the most interesting and cutting edge findings from the field of attractiveness psychology.&nbsp; Support the podcast on Patreon &nbsp;for as little as $1 and get access to the patron-only feed, including bonus podcasts and blogs not available elsewhere.

A variant collection of 1990s-era cassette tapes based around Raves, Rave Music, and Dance. Appreciation to Stamina MC for hosting the original collection, and Will @ Sublogic for the original curation.

The primary mission of&nbsp; The William Lloyd Garrison Center for Libertarian Advocacy Journalism is to publish and disseminate libertarian op-eds and letters for publication in newspapers, magazines and other media. Our secondary mission is to assist libertarian writers in improving their skills, writing for publication and becoming effective advocacy journalists. Unlike most libertarian media centers and policy shops, our approach is “ecumenical.” As opposed to laying down an...

DESCRIPTION
Folksonomy: A system of classification derived from the practice and method of collaboratively creating and managing tags to annotate and categorize content; this practice is also known as collaborative tagging, social classification, social indexing, and social tagging. Coined by Thomas Vander Wal, it is a portmanteau of folk and taxonomy.

Folksoundomy: A collection of sounds, music and speech derived from the efforts of volunteers to make information as widely available as possible. Because the metadata related to these audio items are often done outside the library or cataloging industries, finding material can be more difficult. The Folksoundomy collection attempts to add a layer of classification for easier navigation.

Title
Folksoundomy: A Library of Sound